After I had done my lamp project, I decided that I would try to throw a scene together with it in it to see how it would turn out. My brother, who you know as Zangk, had done a horse scene and I thought his character’s looked blocky, so I decided base a scene around a non-blocky character soaring off a walkway in order to take on a sea monster. I used the lamp light in an evening setting as the accenting light of the scene.

In this project I mainly used cylinders and blocks, playing around in the edit to make my scene. Some of the final touches (such as leveling the ground and combining some of my shape together) were done with the help of the Zangk. 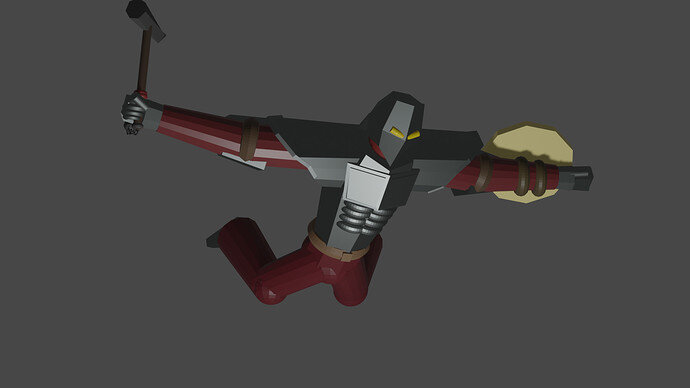 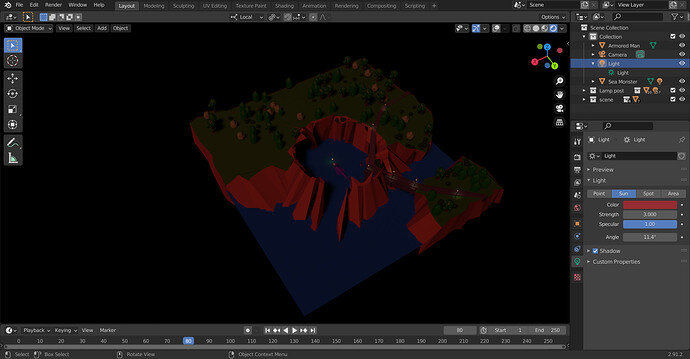 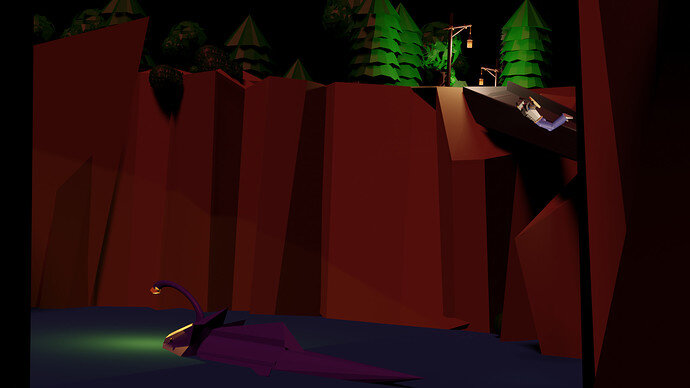 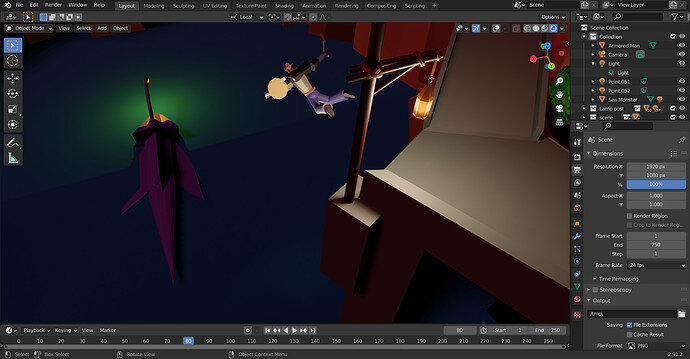 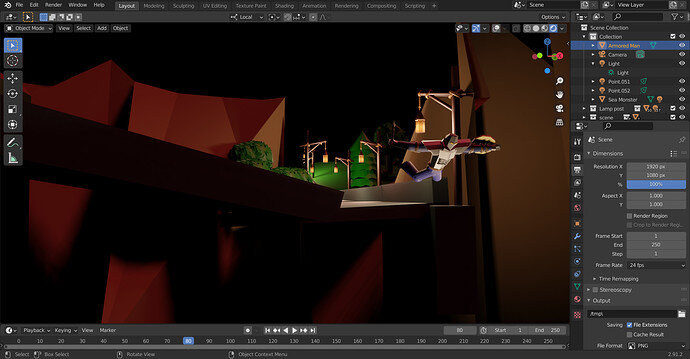 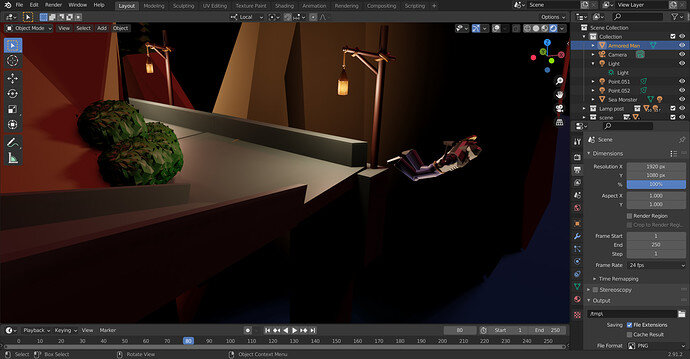