Making a full game out of Project Boost (devlog) 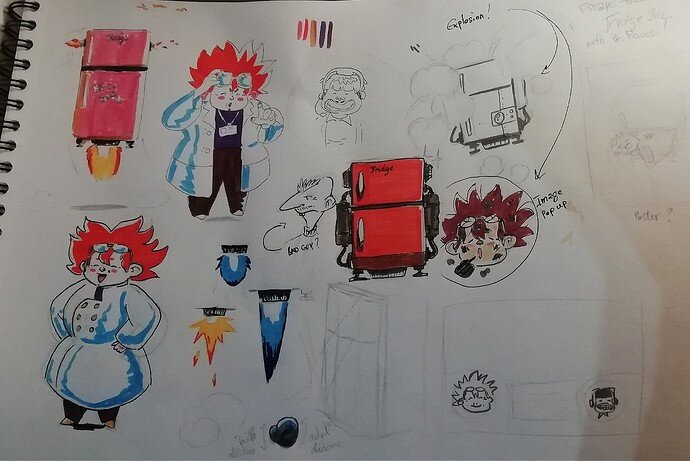 IMG_20210320_2211362438×1632 863 KB
I finished the course for Project Boost and since I didn’t take the time to polish the hacking game, I thought I might as well take the time to do it for this one.
Now that I have the basic mechanics thanks to the course, I am refactoring and separating chunks of the code, and I am remaking all the assets in Blender, that I will then texture, so that I can produce more levels. I aim for a PSone Megaman Legends style at the end (easier to model and texture and still super fun to look at) and instead of going overboard, full feature creep, I just plan on adding visual effects and stuff, since drawing and visuals are my strong suit. 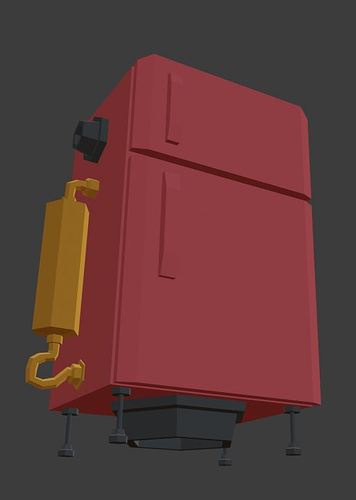 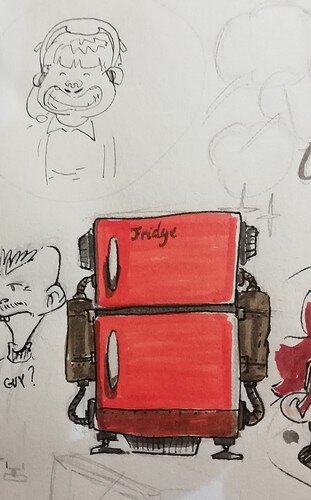 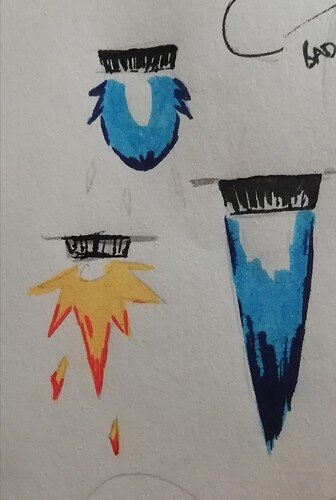 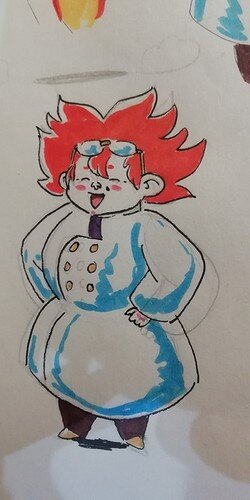 Looks awesome, really love the art concept that you did. Keep us updated of your project. Once again, Nice art ! 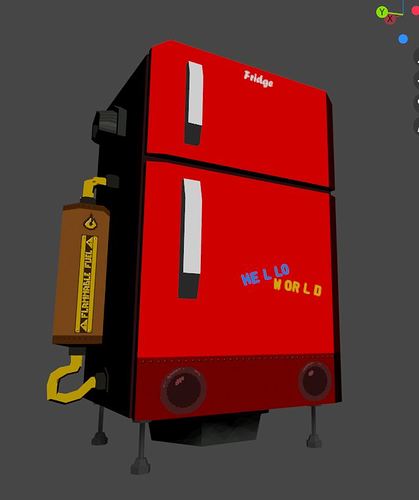 You have some real artistic talent there! Nice!

Thank you for the feedback! I hope to finish the assets modeling and texturing and integration this week end, so that next week I can focus on animation and sound.
Once all the visual and sound polish is done I build more and more levels (already tried a couple of things that’ll be fun!)

I’ve been a lot on Blender recently, and wanted to come back to Unity a bit. So I integrated my player model, changed the shaders for a toon shader with outline for the player, added a little squash animation for thrusting, and a push on collision. 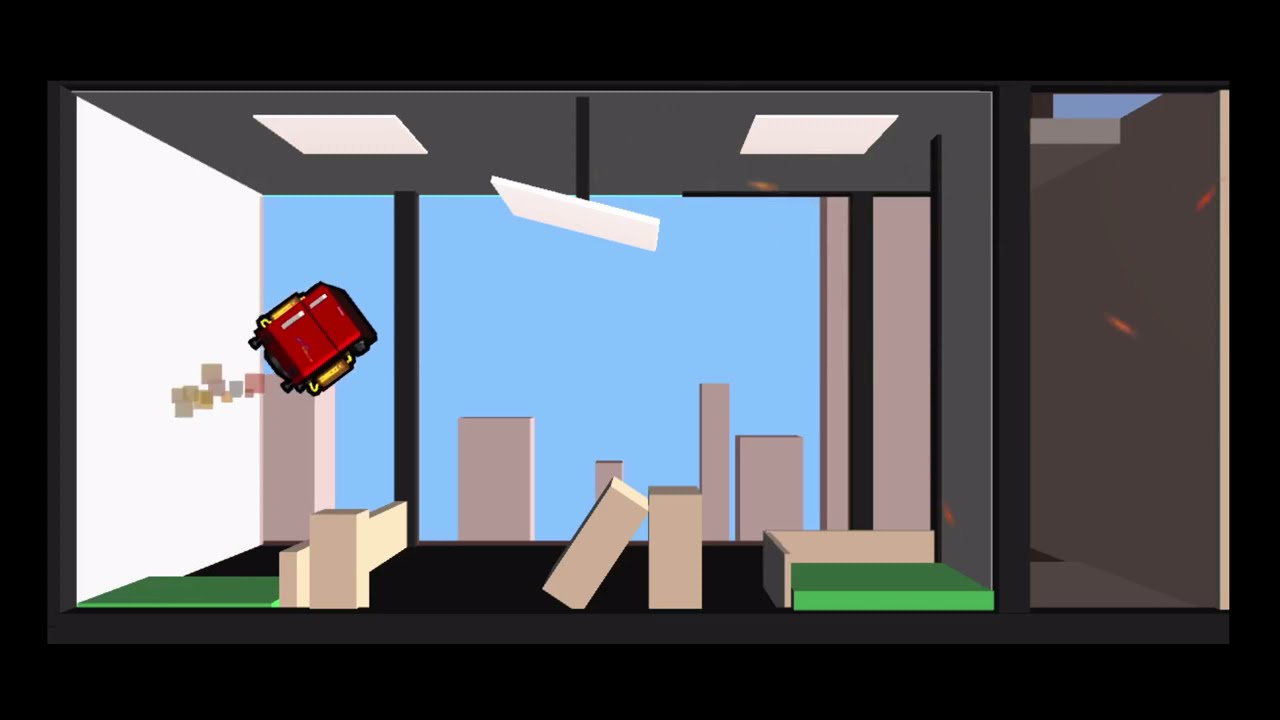 I’m going to add an idle animation to the fridge. Even though it doesn’t make sense, I think it’ll bring a lot of charm to what is otherwise just a rectangular box…and then I’ll change the particle effects to bring more personality to all this 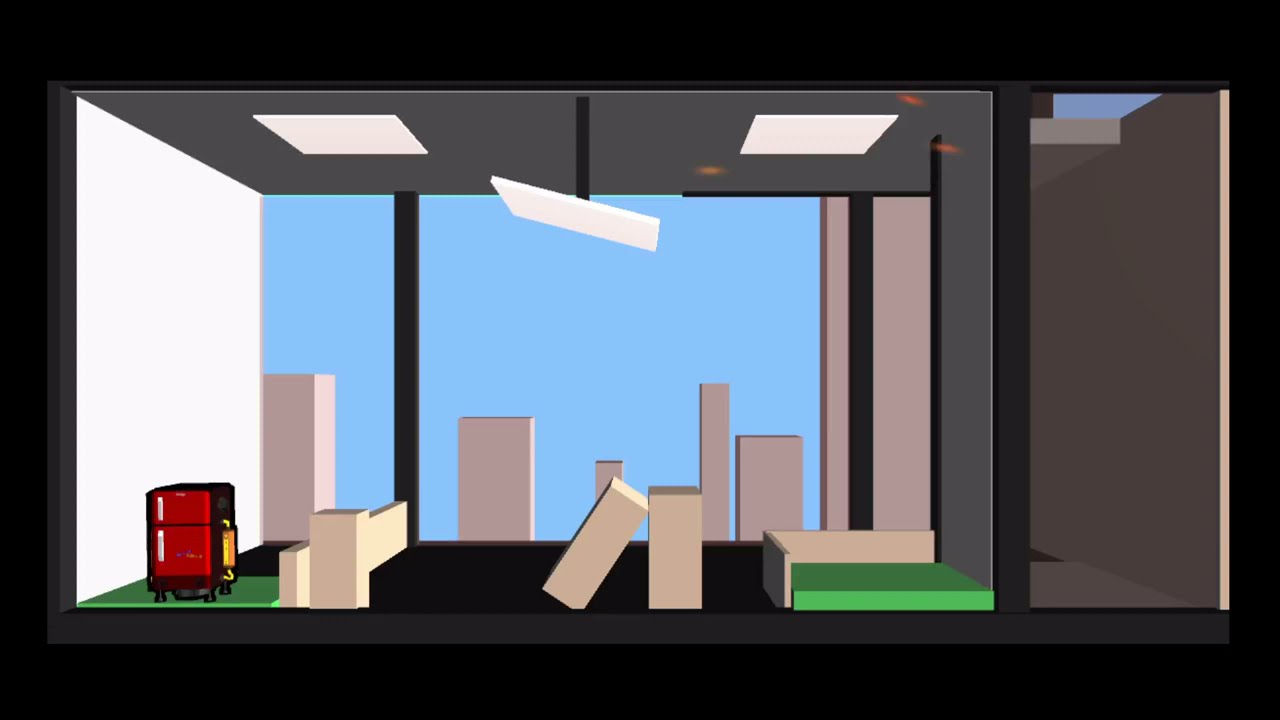 Not much time this week-end, but I still added a little idle animation that plays before the player starts thrusting. I focused on learning more about particle effects, so I made two custom particle systems for the main thruster (smoke that bounces on objects and a flame) and two little flames for the side thruster. I need to add a custom explosion in the vein of Megaman Legends 2 (since that’s my general/vague point of reference for this) and an epic win state effect.
https://i.pinimg.com/originals/d8/9b/54/d89b54d0314c46f42d471a4b2ee07655.gif(image larger than 4096KB)
example of the special effects I’m aiming at in the end
https://thumbs.gfycat.com/ConcreteWideDoctorfish-size_restricted.gif(image larger than 4096KB)
and the effect I was thinking of for the ending of a level

Now the side thruster, though they fire as intended, feel weird when playing, but I realised that’s because they don’t have sound effects yet.

So next step is going to be a bunch of new sounds, and hopefully if I receive my little piano keyboard this week, a theme for the level to boost up the fun factor 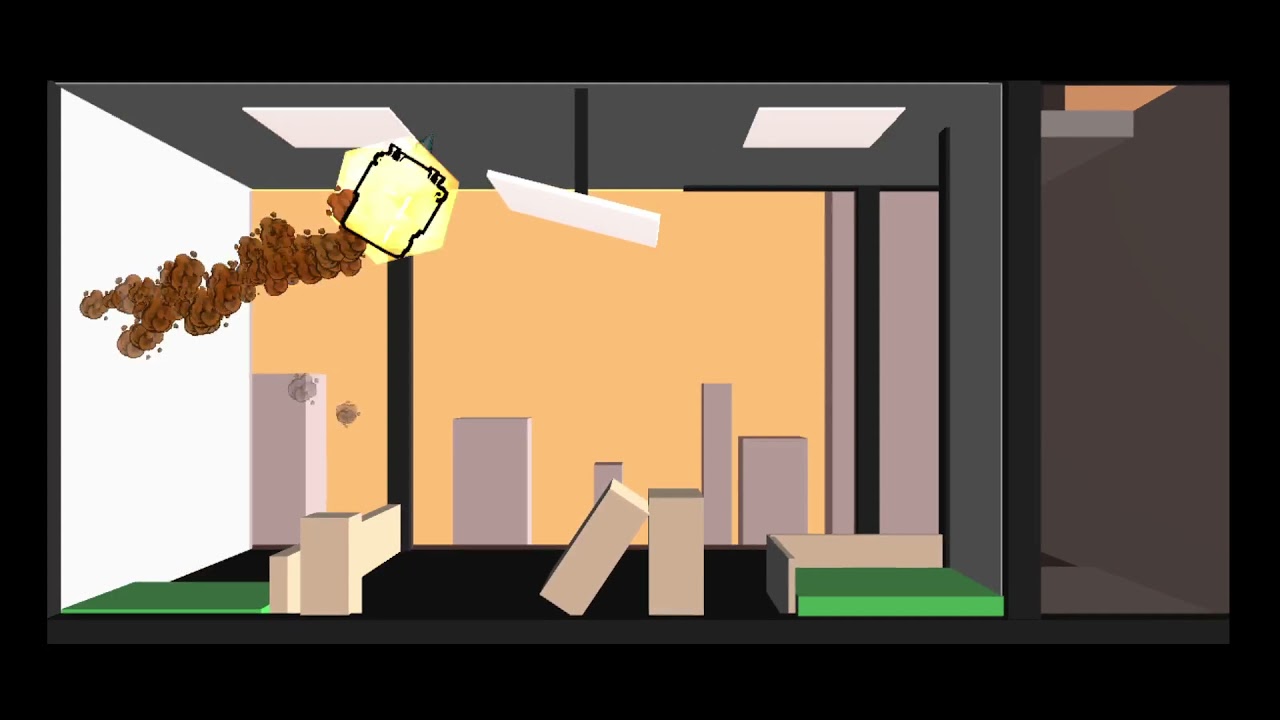 I just had the time to add a fireball effect (just a transparent transform that animates) and re-used my thrust smoke. The timing on the fireball is off, and needs a rework; I think I’ll add some sphere of smoke that stays behind the fridge and a couple of particles at the moment of explosion.
I also changed the sound effect for the explosion; not quite what I want but that’ll do for now.

Finally, I tested two screen shake scripts. One of whom taught me about coroutine in C#. Even if it’s not the one I end up using that’s fun to learn. 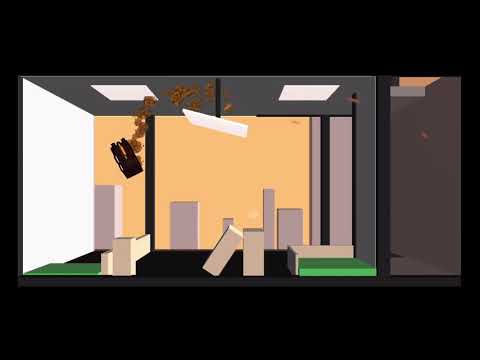 I put some sound effect for the side engines; I ended up using the same as the main engine but pitched higher.
And I also tested a little particle system that throws paper flying around. It’ll make more sense when the obstacles will be cabinets and desks, I guess 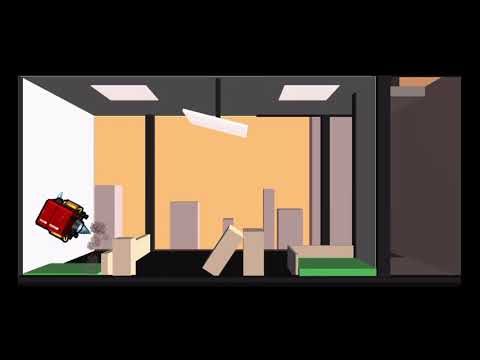 I’m pretty much done for the player character basic animations and particles. I added fire lines that spawn where the player explodes to make it a bit more visible: not yet totally what I envisioned, and still a bit confusing but that’ll do for today.
I also added the victory particles !!! Super proud of these; not that they look amazing, but I expected to have to do it by hand with an animation by hand, but I actually managed to do it with a particle system. For now, I don’t look too deep into how optimized a visual improvement is. I’ll get into the profiler part of Unity by the end…now is FUN TIME AT GAME DEV LAND and nothing more

if it runs on my PC, I put it in!
To emphasize the ending effect, I added a little script that zooms in with the camera.

I have ONE more idea to implement, but that could prove pretty long and tedious so I think I’ll do it later. Basically, I want the professor (my main character) to have her head point out of the fridge when you reach the landing pad. Except I want her to get out always facing the top of the fridge and with a little door animation…I think I better work on something else for now

Happy dev day to everyone!

I have to say that you did a tremendous job on that project indeed, really nice particles and the art of the rocket looks great ! Keep up good work !! Cheers

Thank you very much

I integrated the metal cabinet, desk, monitor and keyboard assets and animated a bit of everything.

Added rigid body to the little elements so that they fly away if you hit them. I think I might change that in the future so that they react to the blast of the explosion rather than a direct contact with the player.

The idea overall is to make the losing part fun to look at, like in games such as Trials. I’ll continue with some destruction (plants and window destruction if I can…)

Next steps are going to be adding sound for the victory, a skybox that matches the theme, and textures for the environment. I need to be carefull though, because 2.5D visuals can be hard to read if too crowded…(there’s already too much details in the background as is)