Why in camera mode I am not able to see some of my work? 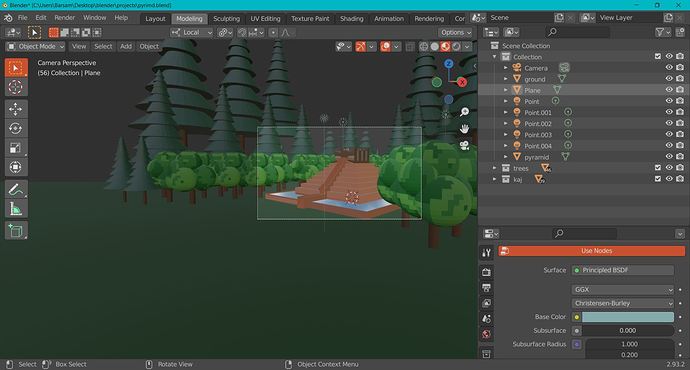 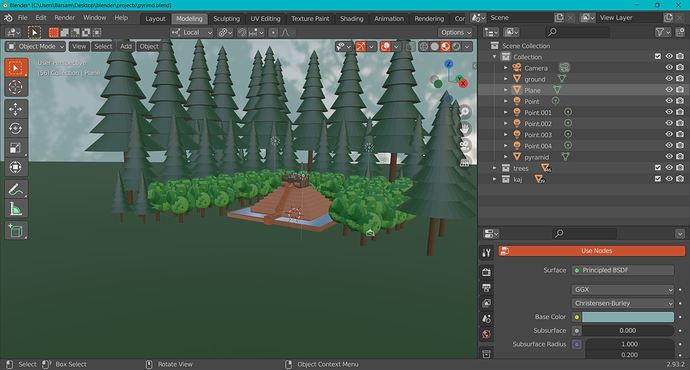 You need to set up your camera view.

Manipulate the view to fill the camera frame as you wish using usual viewport navigations.
THEN when right as you wan it,
UNtick the lock view to camera box.

Thanks for your solution , but yet my trees on the back and the sky I have in the second picture is not been showed neither render or camera view.

If they are disappearing it is probably due to ‘clipping’.

Both the camera and the viewport have ‘clipping distances’ both far and near.

Select the camera and in the green iconed Object data properties tab, lens dropdown usually opened by default, there are clipping distance numbers named Clip start, and End. That you can change so the camera can ‘see’ further or closer. Increase the end, add a zero or some such. (There is a related issue of getting too close.)

The viewport version is in the N toolbar under the view tab. should you ever have the issue in the viewport rather than the camera.

Thanks a lot . It worked very good.