Here is an image of my terminal. However, I tried to practice and play around as suggested by Ben, but ran into problems when trying to add additional code. For example, I tried to take a prompt to request the agent’s name who was hacking to replace the greeting. However, the terminal appears to be hardcoded to one input possibility and that is directly linked to the three questions. I tried the console.readline(); method, but received an error code that console was not recognized. I assumed that console had be replaced by the terminal function, but when changing the method to terminal.readline(); I received an error that the readline was not defined and it created a few more in the code. I’m assuming that is because when this function was created to replace console, it did not include a readline method. Any ideas how to fix this or is it hardcoded? Thoughts? 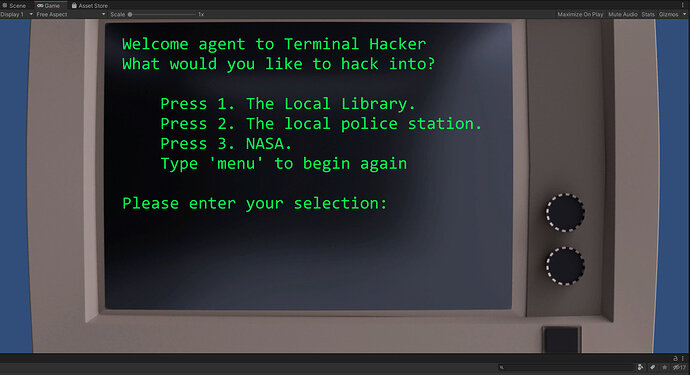 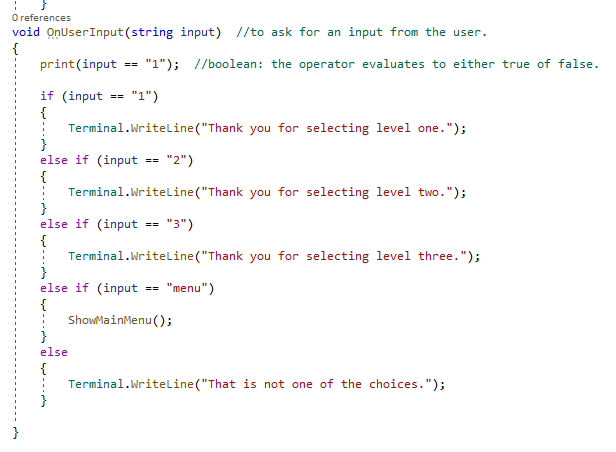 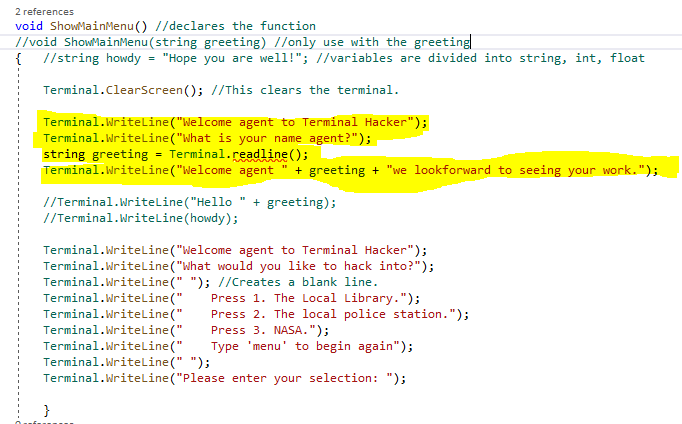