Some areas are not teleportable

I only realised this in later lectures after I was testing the teleport functionality more intensely, but there are some large areas which don’t appear to allow teleporting. For example, the well-lit area directly in front of each set of stairs. Here’s an example: 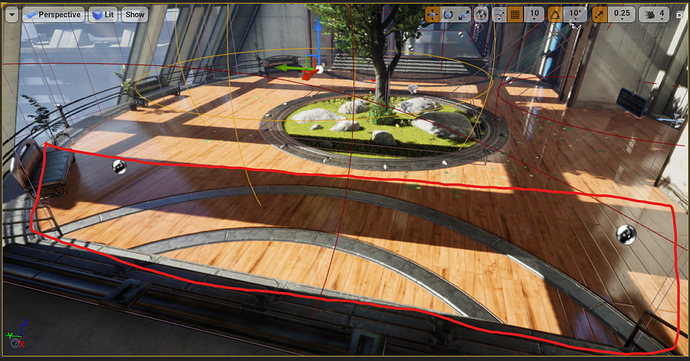 The rectangle (roughly) in red makes the teleport ring disappear. I haven’t yet diagnosed if it’s a navmesh issue or line trace issue, but I was initially suspecting some visual effects like lighting volumes or reflection spheres or something, although that doesn’t seem plausible. Another option is some other object in that area which is somehow treated as a visible object, but it seems the only thing around there are the text objects and some blocking volumes towards the railings.

For the moment I’m stumped - has anybody else run into this? 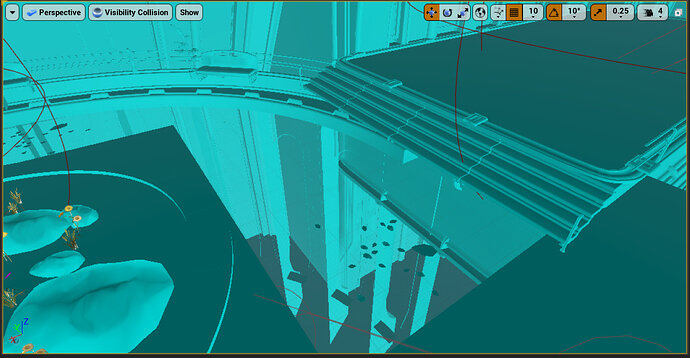 Not having designed this level I don’t know why that is - maybe due to the reflection spheres or volumetric lighting?

R u using 4.25
Do u know how to fix the NavigationSystem?

I’m using 4.25.3. I don’t think there’s any problem with the navmesh - that’s presumably based on object collision responses rather than visibility collision, so the navmesh has no issue.