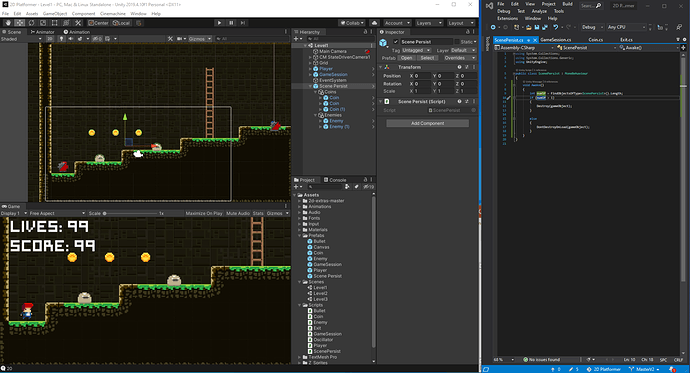 I copied Rick’s code and hooked things up as he suggested in the hierarchy (i.e. childing ‘enemies’ and ‘coins’ to the newly created ‘Scene Persist’ game object). However, the behaviour of my game is different to Rick’s.

In Rick’s game, it remembers how many coins he collected each time he dies, but - when he’s lost all his lives - it resets and all the coins reappear.

With my game, it remembers how many coins I collected each time I die, but - when all lives are lost - it doesn’t reset. So, if I collect 1 coin - that coin is gone forever for all subsequent playthroughs.