Have an update video to show the current progress on my game. Because my game wont have access to a cursor, I had to figure a different way to equip the battle characters with skills. The list of skills had to be dynamically created and based on the the battle character’s level. Some of the skills are the same for all the characters but only available at a specific level or higher and some of the skills are unique to the battle character itself. With that in mind, I found a great tutorial series by Game Dev Experiments to help me implement a system to accomplish this task. He incorporated the ability to scroll through a list of items via using the keyboard (I was able to extend it to a gamepad as well) and then select whatever items you want to have added to a character. I had to alter a little bit of the code but it is a solid foundation I feel for an inventory system that doesn’t rely on drag-and-drop controls.
The additional bonus to his system was that it uses the same saving system we have in the RPG course so it was a breeze to get this working in my game.
Here’s the video of the current state of my game. Sorry no audio yet … that a work in progress … but overall I’m satisfied with how this is progressing. Also I’m sorry for the length but I was trying to show how skills became available to the battle characters based on the level as well as some of the skills like healing/reviving battle character as well as magical battle skills. All the skills were saved as scriptable objects and that made it easier to incorporate correct adjustments to mana and health stats when a skill is used. Enjoy. 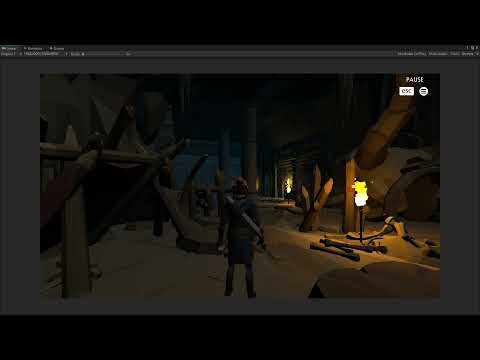 This is fantastic! Well done! I’m looking forward to seeing more of this!