I’ve been doing plenty of SceneManagement stuff prior to this course so the challenge was pretty straightforward… So I thought I’d show the river scene I made for this one - mostly unpainted and plain, but the water effect (animated!) may be of interest.

It is using the water shader / prefab WaterBasicDaytime from the Unity Standard Assets is pretty easy to use and is basically just an Oval shaped plane that you scale as per your needs: 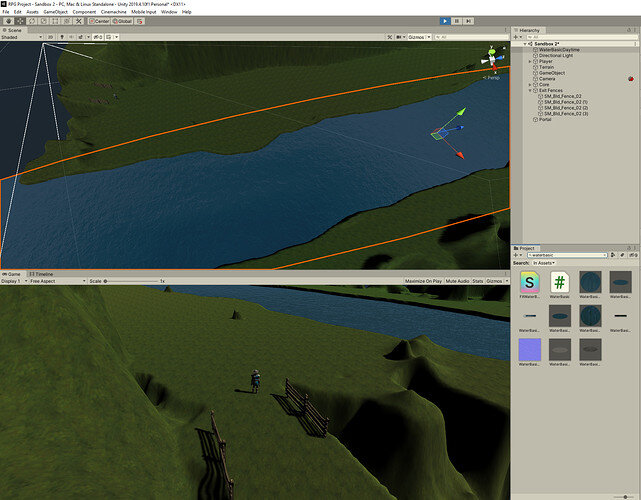 There is an error you’ll get in one of the scripts after importing the Standard Assets pack though - but it’s just a matter of changing the error line of code to: public Text camSwitchButton;

Awesome job with your river. How long did it take you to make this?

Probably an hour or so - most of it was trying to figure out how to have a trench at 0 height and to build a riverbank at a consistent height (…finding the ‘Set Height’ option in the terrain tools helped!!!). 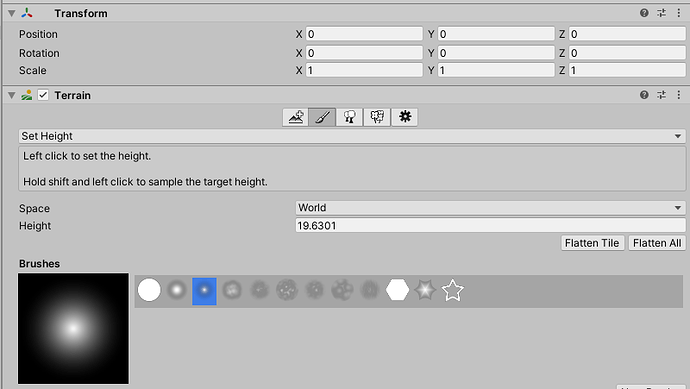 The ‘water’ is just a stretched 2D oval.