I am trying to do pinball quest. I have tried some youtube tutorials but it did not solve any of the challenge question issues. I go to the gamedev community & there are pages that tell me “Fell free to share your solutions, ideas & reactions below. If you get stuck, you can find some ideas here for completing this challenge”, but literally every link that says “solution” for this has no help whatsoever on any challenge? So how am I supposed to figure out how to do any of the challenges when there are no resources?

In which course and lecture are you?

I’m still doing the 2d C# course. Doing Glitch Garden. The lizard is not moving correctly but that’s a different issue. I wanted to make sure I answered your question so that maybe you can do the same for me.

I cannot help with the skill builder course because I’m supporting only the Unity 2D and 3D courses. If you need help with Glitch Garden or something that is not related to the problem mentioned in your initial post, please create a new thread. If you mix topics up, it might be that we teaching assistents will miss your questions.

The skill builders set up is designed so that you reach out to the community rather than an assigned teaching assistant.
I do suggest joining our discord server as there is also a dedicated channel for the skill builders and you may find more targeted help there. I will provide the link for this below. 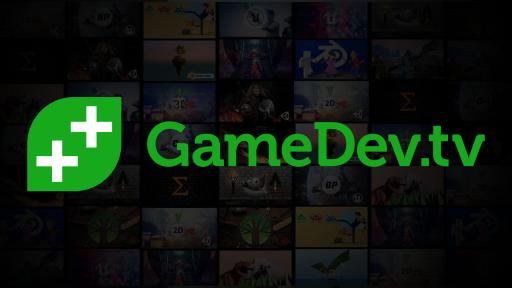 I would make another post with regards to the Glitch Garden course and it may be wise to complete that course and then return to the Skill Builder if you are struggling a bit there.

There is a forum here where you can discuss the challenges and get help: Unity Skill Builder - GameDev.tv

(This section is for the Unity courses - you can make a topic there though!)

On the topic at hand – the pinball quest is actually pretty tricky! It’s very light on code but there’s some little “gotchas” in the editor. Two hints for this one: Take some time to really learn how hinge joints work, and secondly, pay close attention to the editor at runtime and see where everything is. Pause the game and look in the hierarchy at runtime for all the components. Where are the joints, where are the paddles, etc.

I do remember this one being quite tricky, but a little bit of learning about hinge joints (and effectors) will get you through this one! The idea with the skill builder is to force you to sort of go on your own journey of googling / youtube and discovery to figure it out. It’s worth it vs being spoonfed the answers. If you are quite new to Unity you may struggle with this one, I’d suggest most of these challenges are best done once you have at least finished the 2D course and experimented a bit on your own.

There are no answers on the community. I’m not asking you for help I’m asking for a direction that does not lead to nowhere. I have read every link related to pinball quest & they all say the same thing. “If you get stuck go here” but there’s no “here” to go to. I follow the links to a page with no information or direction as to how to solve literally any of the challenges. Again I’m not asking for help I am asking for a direction that leads to something besides “if you get stuck go here” & there’s no information.

I followed your link & it lead me to where I was previously. I posted where it lead me to. I don’t know if you understand my question. So maybe we should start there.

I see your topic has been moved to the “Skill builder” section of the forum. That’s where you go if you want some extra hints - that’s the “here” to go to, there’s no individual thread where there are tips and tricks, you just have to ask if you want a more specific hint. But there isn’t a list of extra tips and tricks if that’s what you mean. What you could do is make a new thread and ask for specific hints and maybe a few links to videos that people found helpful. That could be the missing link to what you need to solve it.

I think what you may be referring to is that there isn’t any help in the individual topics about the pinball quest, and that is true. My guess is not a whole bunch of people have solved that one yet outside those of us who were ‘testing’ the course, so there aren’t many discussions.

If you’re looking for some extra hints perhaps make a new topic and see if anyone has any useful tips and tricks to offer. I’m sure some members will chime in especially now that your thread has been moved to the right place!

This is definitely one of the trickier quests (its a bit of a gotchya). 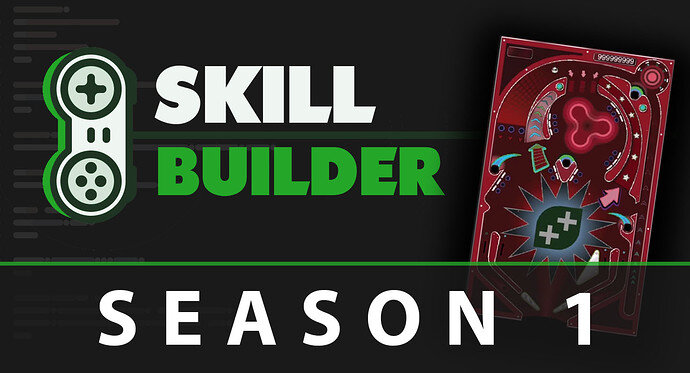 Level up your skills by fixing and improving Unity Practice Projects.

The Pin Ball Quest and Challenegs are possible 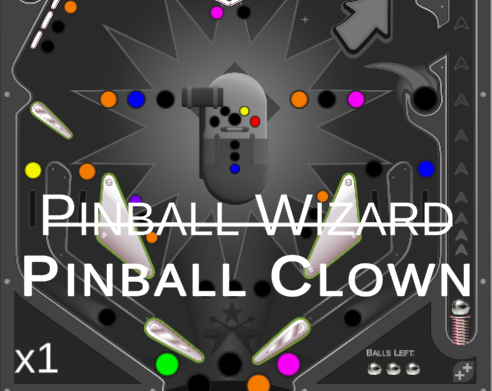 Are you a Pinball Wizard or Pinball Clown

I really am not sure on what the process for skill builder help is. I asked the community following the links. I do see the Eddie Rocks link which shows me there may only be one person in this gamedev community who actually finished pinball quest. Am I supposed to ask him directly for assistance?

You’re right this place is very quiet at the moment unfortunately. I think this is mostly to do with the fact they are pausing development on this at the moment (it seems). It was busier while there were active quests coming out each week. Sadly I think people are more interested in tutorials than challenges, but it makes sense.

Anyway I downloaded the Pinball quest again and managed to get the flipper working.

Assuming you have copy/pasted and set up the “Left flipper”…

And that should do it.

Here’s the full solution to get the flippers working (Quest part 1).

@heckadactyl @EddieRocks
Thank you. There is no way I would have ever figured that out even by accident. I’ve worked on that for hours I never give up. It’s the -1 thing that I would have never figured out.
Thank you for recognizing how quiet it is when someone is trying to do the challenges. When I asked Rick about them he told me that even at my skill level they’ll be useful & that pinball quest would serve a great template for my game “Candice Pinball”.
I’m going to do all I can to figure things out that’s why they’re challenges.
I hope that finding info on other challenges is easier then Pinball Quest.
Anyway time to get back into Rick’s course. Thank you.

No worries. Indeed, the challenges are useful at all levels but they are just a bit easier if you’ve got a handle on certain concepts I guess. This pinball one is a bit tricky I think!

As for the logic behind the -1 thing – Think of it like this: When we want to reverse a direction, or flip an image, or get the “opposite” of something, we use the negative value. Here’s an example:

Say we’re travelling along on the X axis with some movement code like this:

And let’s say I have some collision code, where if I hit an object, I want to go the other way instead. To do that, I simply need to do this:

This multiplies my speed by -1, which means that now my “speed” variable is the “negative” (or opposite) of what it was before. And that means I will now be going to the left, or if I’m going left, I will now be going right again – because my X position in the transform is being multiplied by the ‘negative’.

Same principal applied when we wanted to rotate the flipper - we could either rotate it around, or simply flip the scale to “-1” on the x, which gives us the “opposite” / flipped image.

Hope that helps a bit!

That’s OK David
But remember there are different ways of doing things - I didnt use -1 for x scale and had different z rotation and lower angles etc but it did take a long while to sort out the right numbers in the variables to get the flick how i wanted it.

The Pinball Quest is one of the trickier ones with lots of ways to do the same things.