Nothing shows up in play mode 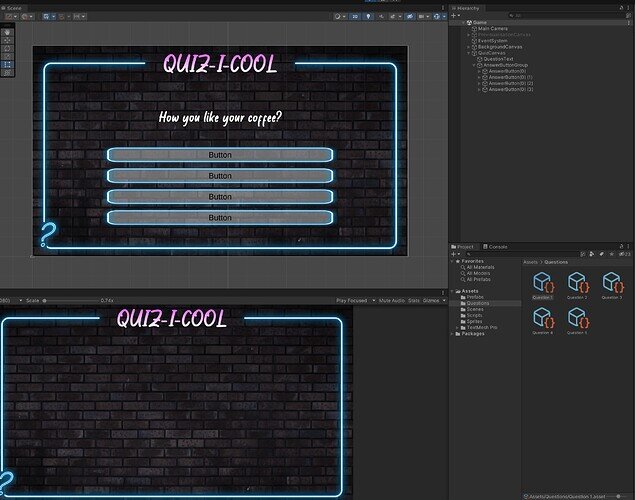 Thought I might as well respond since no one else has. From the screenshots alone, I don’t see anything that immediately looks out of place. A few spots I can think of that may affect it just looking around in my projects are: 1. The layer of each component (upper right in the inspector), 2. Sort order on the two canvases (for exampe, mine are 0 on BackgroundCanvas and 1 on QuizCanvas, though if I change both to 0, the buttons disappear in preview. However, the entire QuizCanvas disappears in play), or 3. I doubt it would make a difference, but maybe the z-position of elements? Shouldn’t matter though if they’re in the UI layer, but never hurts to try.