So… here I am again, this is my “bridge” using boolean modifiers, I’ve ended up doing like he did in the video, but with more arches (paused like always, before he shows how it’s done).

The main difference from the video version is that i’ve scaled down the height of my cylinder so it wouldn’t be as “perfectly round”, and the cube was scaled so it would also take a bit of the sides away, just to see how multiple objects would behave by referencing the same “bool” object.

Basically each object was affected by 2 Booleans (duplicated the bool object for referencing it from the modifyer so there would be one for each arch, and then applied the modifyers). The columns were then joined with the top module. 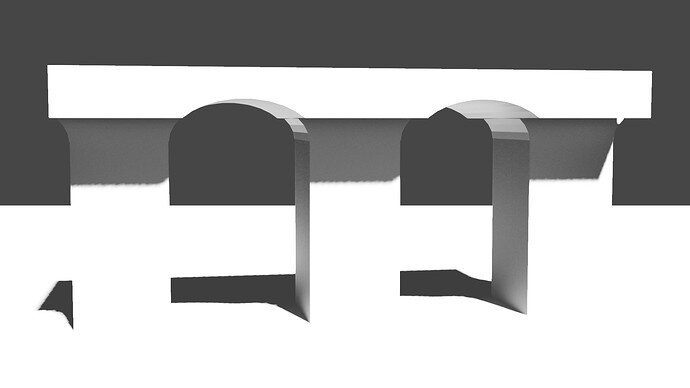 It was still simple, just a bit extra steps to test and play with it.

Edit: This was a previous test i did, but didn’t like the result

I thought i’ve overdid the archs (arches?), looking back, i can see it would’ve looked even better with thicker columns and less of a overhang, i think.