Just a cool little tweak I made, all it does is basically add the condition that the Alien can only attack if the player is NOT dead, but it was a fun way to keep wrapping my head around how casting works

Nice. I did this too. Though I stored a reference to the marine so I don’t have to “cast” it every tick.

This works much better and I made some improvements to it as well. I did a check during the update animation to see if the player is dead and if so, set a win variable (for the Alien) to true. If the Win variable is true, I added a Victory state for the alien to play the Cast_Roar animation. So combined with your code and my code, when the player dies, the Alien will stop attacking and continuously roar. 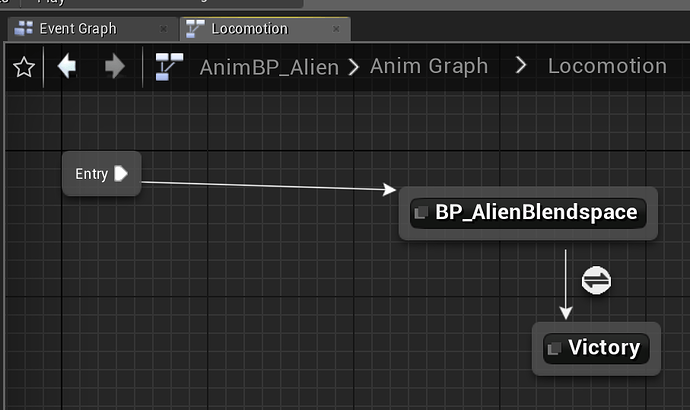 Note: I also opted to use a Blendspace animation for my Alien for general movement.