Is there a way to apply braking to the static mesh?

I have added torque and it works well, but i was wondering how to negate the torque to make the ball stop moving?

(The way i tried was create action mapping for L-Ctrl, then from pressed, used another Add Torque in Radians, but with the values set to zero, this didnt work)

An object with zero torque on it just means there are no forces action on it, meaning its current velocity( or speed in a particular direction) will just remain unchanged not set to zero. You want to change the current “angular velocity” to zero, this means no movement. I was able to do this by using the “get angular velocity” function, giving me the current velocity, multiplying them by negative 1, and using this vector as an input for my “add torque”. This is basically saying, if I am moving along in a direction, I want to to just apply a force in the opposite diction I am going. This is also really nice, since it scales with current velocity, it wont over apply in the reverse direction.

I tried to follow what you said, and connected the get angular velocity into a print string, but the values just said 0/0/0. 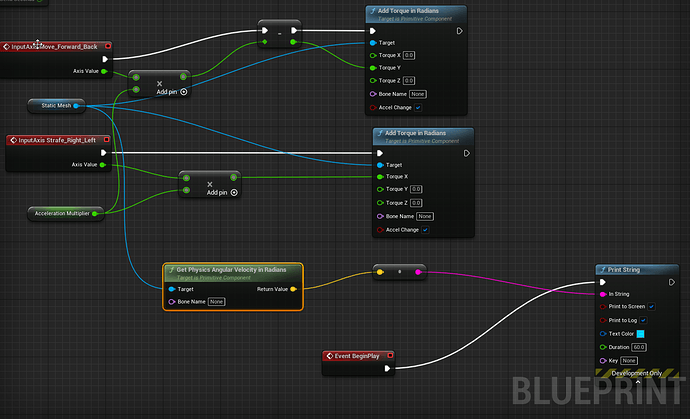 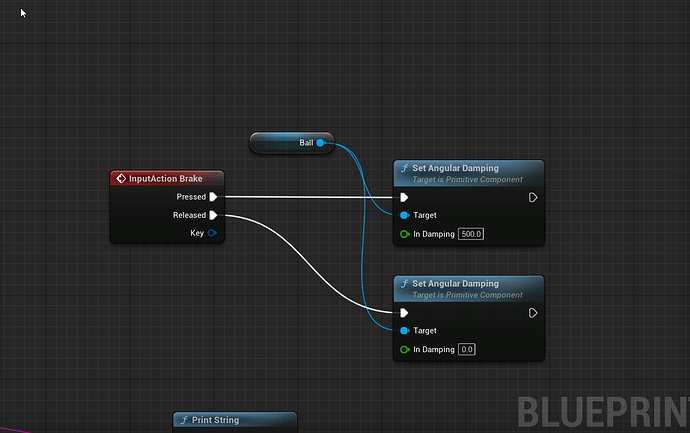 This topic was automatically closed 20 days after the last reply. New replies are no longer allowed.