Hey All!
After taking the course for a few weeks now, I finally released my own game.
Basically, it is retro space shooter. You can collect coins during the game and spend them on new rockets.

Here are the links for the game:

Please test the game yourself and give me feedback if possible.
Thank you all! 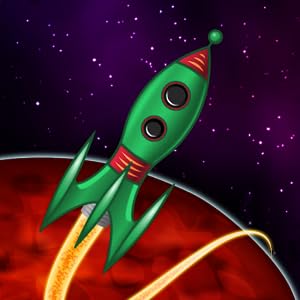 Here’s a screenshot of the gameplay:

Congratulations tapfly, this seems so cool! unfortunately I don’t have a IOS device to play it =/

Hey, I also posted the link for the play store… 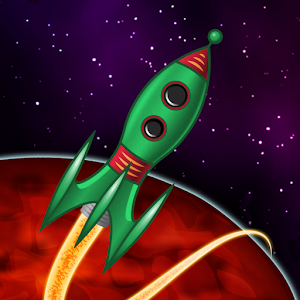 Speed through a fast-paced outer space, blast asteroids and aliens, and reach insane velocities.Collect coins to purchase awesome rockets.Questions, problems, or feedback? Reach out to us at contact@tapflygames.co...

oh… sorry for that xD didn’t realized it, will play it =D

I played it and I liked it, regarding the feedback, there are few points that I would change if the game were mine:
*The ammo box have the same color as the asteroids, it is hard to see;
*The alien ship don’t seems to do anything, players expects different behaviour of different enemies;
*Our space ship seems a little slow to move, I think that it should move faster up and down, it is almost impossible to pick a power up if it spawn in the other side of the screen.

Other than that I think that the game is very good! congratulations!

Hey,
Thanks a lot for the feedback.
About the ammo box, I agree… I’ll try to fix that issue.
Well, about the alien ship, it has 2 lives instead of only one (asteroids), but I will think about possible changes anyway.
Finally, regarding the space ship, it was intentional to make it slow. There’s this in-game store where players can spend their coins. Anyway, if you think the first ship is too slow, I can fix that too.
Again, thank you for playing it and for giving me the feedback!

Wait, there is a store?

Now that you said I looked for it, it is a dropdown menu in the start screen right? it is pretty hard to see. Now that I know that there are more ships, I don’t think that you need to change the speed of the first ship, it is OK the way it is. But perhaps it would be a good idea to make that menu easier to see.

The alien ship has two lifes? I think that the player will just avoid it instead of trying to destroy it, but this is just my opinion,

Another thing that happened to me a couple of times is that I tried to press the shot button but I missed it, perhaps if it was a little bit bigger it would be better (you don’t have to increase the size of the sprite, perhaps just the hitbox), but again, that is just my opinion, I’m a Shrek-sized person with a Shrek-sized finger, I usually miss even the letters when I’m typing in my cellphone