Dungeon Torch (but actually they're lanterns)

I thought it would fit my plans a bit more if I made some lanterns instead, so I made two variants - one to be sat on the floor, or on props, and another to be hung from the ceiling! I mapped and textured them myself, and I made a flame texture to go in them myself. Rather than describing my goal as a “soft remaster” of a PS2 environment, I decided it would make a lot more sense to explain it as “what if this game was on the original Xbox instead?” A little bit more power, so more effort can be put into detail and the environment. Anyways, I’m rambling- check them out! 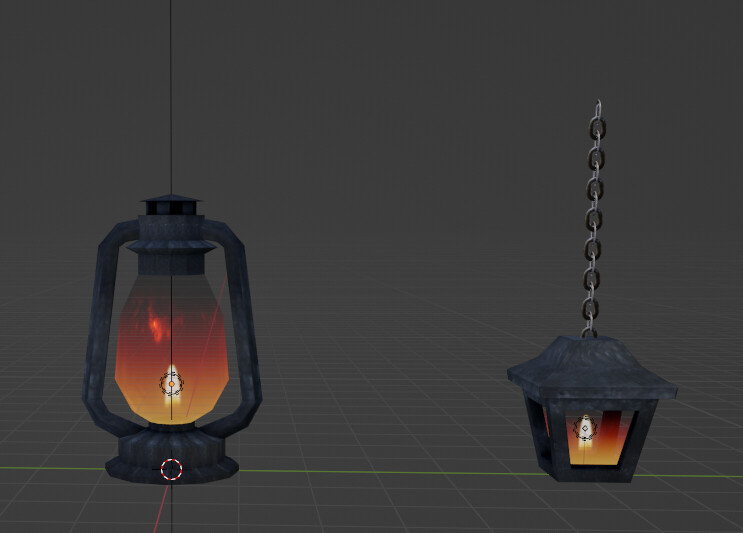 The flame is two planes, placed in an X if you were to look at them from above, with a texture on them. Same story for the chain!