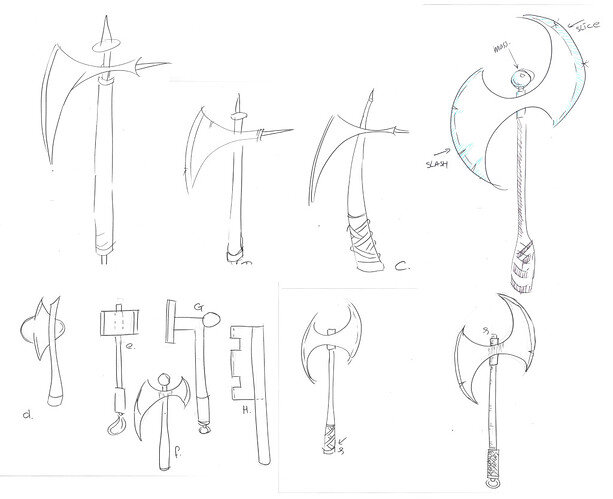 Is H a Keyblade?

It looks like someone remove the knob of a door to hit zombies or something.

The colored Axe is really cool, now I want to see a 3D version of it.

yes, me too. This course helps me in a rough state to visualize what 3D design could work.
But again, as in 3D Blender, practice, practice.

I spent some hours to model the axe.
A nice addition to my Orc. 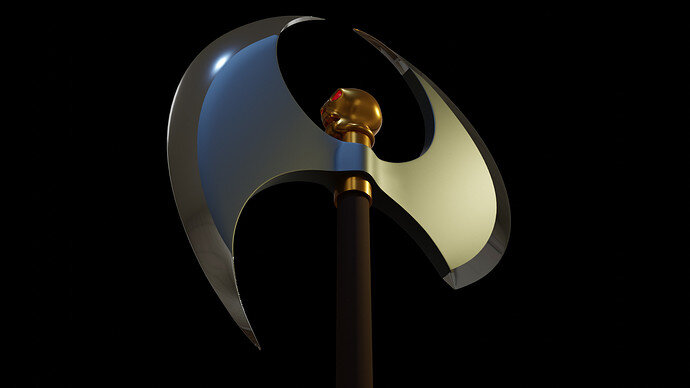 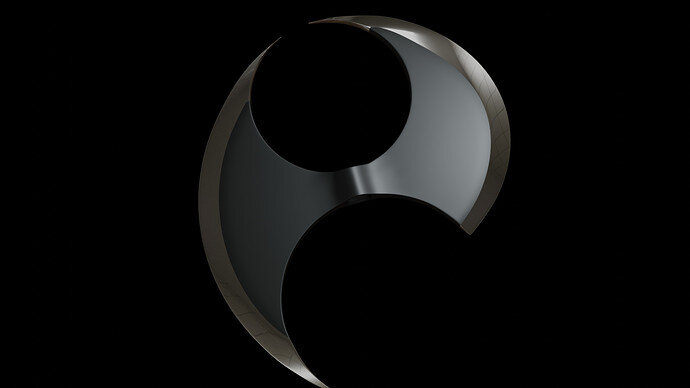 That’s really cool, the reflections on the metal look amazing.

Yes, thanks.
It is just shininess high and roughness low.
And a reflective environment.

blender? I still a noob in blender

Stick to your own pace. Show your work, follow the lessons.
Even the parts you’re not interested in. 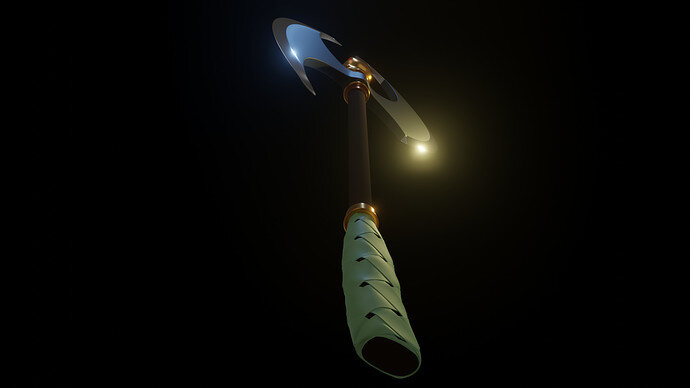 That handle… Why are you so good at this? I’m envious

The handle was a problem of howto. Then I wanted to be smart, using Blender.
I created 1/4 of a circle as a shape of the strap. Attached a screw modifier. Stretched it along the axe handle. Getting a tube like shape, like a helix (human gnome).
Then I attached a second modifier called Shrinkwrap. The tube followed the shape of the handle.
And because of the 1/4 circle mesh (3 vertices only) I added a third modifier to Solidify the mesh, giving it a body (thickness).
The forth modifier was the subdivision to smooth thing out.

Easy steps, using blender. But then I had the problem of weaving the straps. I could not find a way to automate that. So I solved that by manipulating vertices by hand, to allow the straps go under and go over. While the first 4 steps just an half hour of tweaking. Vertex moving 5 hours at least ;).

Very well done! I’ve always liked the look of wrapped handles on weapons such as swords, daggers and axes, so I may be trying your method one of these days.

I like the bottom right a lot, the asymmetrical sides are cool. God bless:-)