Here’s my first attempt at a video game plot. I just threw the first idea that came into my head and decided to give it a try.

Inspirations:
“Another World”, “No man’s sky”, “Flashback” and “StarCraft”

Goal of the game?
Find means of escape and find the nearest possible civilization (That’s all you can think about at the moment)

Who is the protagonist?
A marooned political prisoner sent to a remote planet with very few supplies to work with as punishment for “Undermining the colony’s survival” and “Spreading misinformation”.

What is the setting?
A strange seemingly uninhabited planet

What is the threat?
Unknown hazards like the various fauna and fungi that exist on the planet, along with hostile beings that do not take kindly to your visit.

In the far future, the human race was able to expand to the far reaches of the universe and inhabit several planets in the process due to several technological advancements, such as faster than light travel and cryostasis.

There was an incentive to colonize other planets due to dwindling resources on planet earth, and so the human race pushed these developments as soon as they could to make it a reality.

It was a long and arduous process that took a few decades, but in the end they were successful in their attempt to colonize these planets and their population grew as time went on.

To maintain some semblance of law and order, they formed a government to help maintain the colonies and ensure a stable society on the new fringe worlds.
This government consists of leaders and representatives and wealthy individuals from the different colonies they control, along with a magistrate in charge of making the final decisions.

After some time however, it seems that the old adage “Power corrupts” became more and more of a reality, as the ruling class began enriching themselves on the backs of the colonists and stepping on their basic human rights.

To quell any rebellion, the government saw fit to draft policies to “Protect the colonies” from “Fake news” and “Fringe and extremist groups that want to undermine the survival of the colonies”

As a result, the ruling class became more and more powerful while the rest of the colonists lived in fear under the watchful eye of the ever more powerful and omnipresent “CUC”.
Imagine seeing cameras everywhere, screen monitors letting us know that the “CUC” is watching us and “Everyone must do their part for our survival and prosperity”

My name is Zack Lawrence and I’m a colonist on the ‘Enigma’ station, one of the many colonies under the control of the ‘CUC’ and I’m currently in a detainment unit for quote on quote ‘Spreading misinformation’ and ‘Undermining the survival of the colony’

I remember when I stood trial for the “crime” that I had committed, they told me that they are planning to send me to a remote planet that is seemingly uninhabited with very little food supply and a plasma gun with very few energy cells, as part of their final verdict.

“Count your lucky stars that we’re actually providing you with the means to survive at all, some of us think that you don’t even deserve this small bit of leniency, however, the CUC are not some horrible monsters and we recognize that sending you empty-handed will be a cruel and unusual punishment, and so we’ve decided to test your mettle in a test of survival; It will also serve as a good lesson for you: That the CUC is merciful and willing to give you a second chance to redeem yourself.”
said the CUC’s appointed judge before later calling for the armed escort to take me to my detainment unit to face my punishment later.

In a few hours they will lock me in one of those escape pods and it will probably be the last time that I can call the “Enigma Station” home.

As I’m being escorted to the escape pod by four heavily armed and angry looking marines, I keep thinking about my life’s decisions and whether or not I will be able to survive this g**forsaken planet.

Will I ever see my friends and family ever again?

What will I do once I land on the planet?

Looks like I have no choice but to face my punishment. Hope everything goes well and that I will be able to come back.

No turning back now…

Disclaimer:
This is an image I picked from google images as a visual reference to the kind of story I want to create. I do not take credit for this image whatsoever and shout out to the person who made it.

WOW! Very interesting plot. I’m very curious. What was the inspiration? How many character have you created? How does The Unified Colonies work? Do they have power throughout the universe?

Hi Kevin,
How are you?

Those are really good questions.
Sorry for the late reply though.

I initially wanted to create a throwaway story to get my bearings (Not to mention, I was a bit self-conscious about writing a video game plot for the first time and actually share it with the rest of the internet) and at first my mind was blank and I was initially stuck trying to come up with some idea.
Then I figured, CYOQ is part of the adventure genre; I should come up with an interesting story.

It’s about exploration after all.

That’s where my answer to your first question comes in: My inspirations for creating such a story.
I was thinking back to my experience playing games like “Flashback”, “Another World” (Or “Out of this World” for the people living in the US) and “StarCraft”, the formers which evoke the idea of being alone in a strange world and getting your bearing in a hostile environment where almost everything is out to get you.
I will focus on that aspect in the game itself.

The dystopian and colonization elements I took from “StarCraft” and reading from the wiki detailing the history of the terran faction from the game.
If you want, I will link the wiki page here: 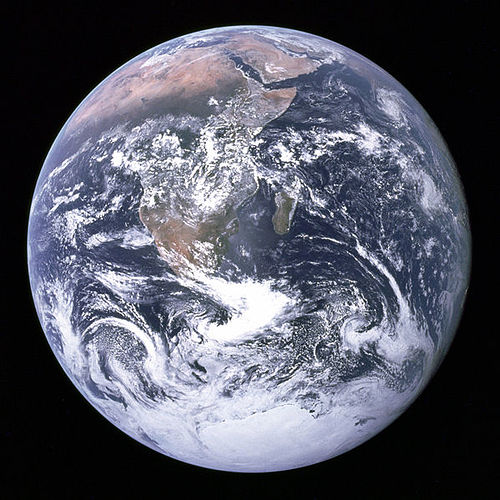 Terran history, and that of humanity as a whole, is long and fractured with strife. According to Samir Duran, terrans are a "product of the failed cycle." Humans evolved on Earth over millions of years, slowly advancing themselves through trial and...

These elements form the basis for the story prologue, and I’m planning to expand on that in the story. Maybe I’ll make the “Unified Colonies” more flashed out and not just a small reference that’s not going to be mentioned later in the game.

How many characters have I created?
So far, Zack Lawrence is the only actual with a personally I’ve created for this story. Everyone else is a throwaway NPC.
So far, I’m looking to add a game moment or demo for the Udemy text101 project to learn to master the Unity engine. I’m looking to add more characters and do my best to flash out this universe more when making this game, I’m also looking to add more purpose to the main protagonist and not just exposition for him.

How do the Unified Colonies Work?
Good question, I should have expended on that in the story I made.
To be honest I initially made the “Unified Colonies” to create a story prologue for the game (Especially to create a game moment) and I didn’t have a concrete idea of how the government should work.
Here’s my take on this:

The “Unified Colonies” is based on the “Terran Confederacy” from StarCraft and some of it on the US political system, In a sense that the government consists of the following:

Like the Terran Confederacy from “StarCraft”, these governing bodies became corrupt overtime. The magistrate (If he or she is wealthy enough) can buy the people’s vote, especially when they are exposed to enough ads promoting that particular magistrate
The Council are unelected and no term limit policy has being implemented to prevent possible corruption.
Representatives members can also be bribed and care for only for their self-interest, which can also lead to corruption.
With certain laws and policies it can be possible to consolidate power for corporations and weaken individuals.

Speaking of the Unified Colonies…

Do they have power throughout the universe?
Yet, another good question.

I’m looking to keep the story somewhat grounded in reality, I’m not looking to make them omnipotent or omnipresent. Well, they are a powerful, Orwellian big brother government looking to expand their reach for more resources and economic strength, but I don’t plan on writing them with the ability to influence the entire universe. Maybe in the future though when I expand on project and see how it all fits in together.

As for their power:
Since they are meant to keep the colonies in check and safe from harm, not to mention that the colonies are subject to Unified Colonies law, they did invest and developed a sizeable armed force to see to that end.

Like the “Terran Confederacy”, the Unified Colonies do maintain a central hub for their military and economic power on planet “Spectra”, which holds the council, house of representatives, the magistrate’s mansion and probably most of the richest and most powerful individuals in the colony, and so the planet is heavily fortified more then other Unified Colonies controlled planets.

The planet also provides a trading and banking central for goods and trades throughout the colonies. This is also the planet that prints the credit money for the colonists to use, which gives corrupt powerful individuals the ability to make certain colonies richer and others poorer. Giving the Unified Colonies powerful economic influence as well.

An army consisting of regiments tanks, marines and police force are there to protect the colonists and for peacekeeping purposes (So it seems at the beginning), as well as security systems consisting of drones, security bots and cameras throughout the colonies to keep the colonists safe from "undesirables.
If you want to maintain power, you’ll need all the tools at your disposal to quell any rebellion.

They can issue APB (All Points Bulletin) on specific individuals that need to be detained and that’s where the use of sizeable task force consisting of battlecruisers, scout ships and FTL (Faster Than Light) cruisers becomes necessary.
They do send scout drones to keep track of individuals they send to “punishment” planets to record his/her progress and study their behaviors. In essence, to make sure that individuals learned their lesson.

They could provide a challenge in the game by posing a threat for the protagonist. They could interfere in certain points in the game if they feel that said protagonist’s survival was “long” enough based on poor choices you make in the game.

Final thoughts
I hope to continue on this project.
Thank you for the great feedback and I really glad that you enjoyed my story.
It was a fun and challenging experience writing my first game plot and I admit it took me over a week to write this stuff.

I welcome any feedback and improvements you may offer me.
Thank you, Kevin

I’m doing really good. Thank you for taking the time to answer my questions. I will read through it and reply to you.