this is a character based on an audiobook I was reading (Kill the Farm Boy by Delilah S. Dawson, Kevin Hearne, and narrated by Luke Daniels). she is Agrabella (sp?), a lady who was turned into a bunny under a spell and who had training as a bard. she had a little bit of magic where the things she sang about enhanced the current reality (with very bad but rhyming lyrics). I am in debate as to whether her hands and feet should all be paws or more human-like.

2nd character is Ronin Lynch from Raven Boys (by Maggie Stiefvater, narrated by Will Patton). he is a darker character and has magic. it took about the duration of one whole book for me to start to like him. 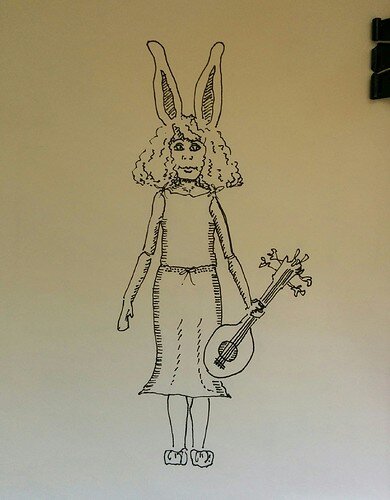 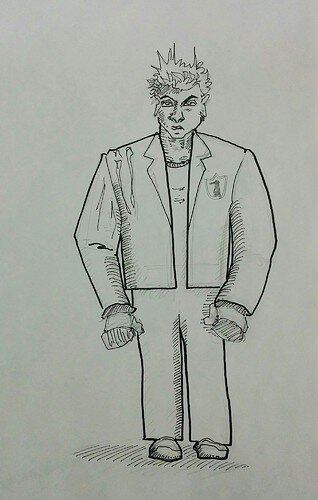