Bug, the ball can go under the floor

I have a bug where the ball can litteraly go under the floor in Unreal Engine 5.

That’s the code (blueprint) I have: 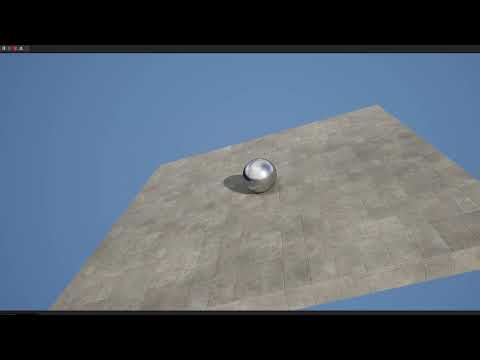 Note: I also did the solution to make the ball physic to don’t sleep: 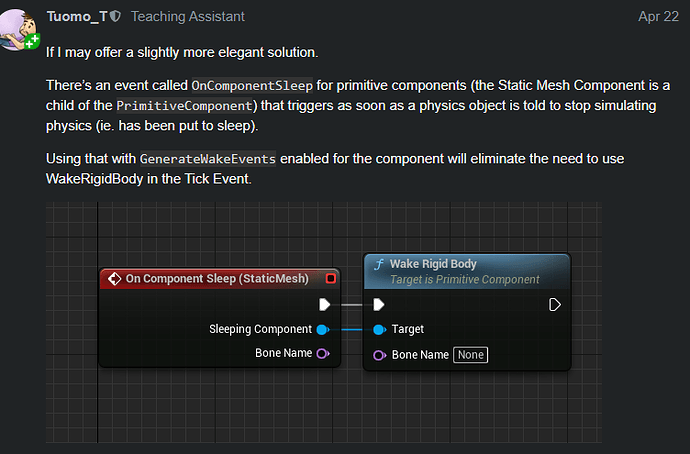 Does it still fall if you move the floor more slowly? As quickly as you flip it in the video, it’s hard to tell whether it’s a bug per se, or perhaps a glitch being caused by the fact that we’re “moving” the floor by directly changing its transform instead of using a physics-based method of moving the floor object, so doing it really fast may cause the floor’s position to change faster than the ball physics can keep up, so you end up going “through” it. I’ll let a TA confirm or deny that, but I’ve seen things like this happen in Unity as well, when using a transform rotate instead of a physics one, so it may not be a ‘bug’ as much as just that we’re doing a thing the “wrong” way for learning purposes to keep it simple for now.

Also, I’m actually using Unreal 4.20.3 just to follow the course, and it’s been much more stable than Unreal 5 is at the moment, so you might benefit from using an old (but refined) version and then swapping over later. Some of the bugs you run into at this point in the development of UE5 are as likely to be issues with the current build as they are to be anything you did or didn’t do.

This is happening because of how collision detection is handled in the Engine (this happens in UE4 as well). When an object is moving too fast the engine won’t be able to tell if an object is overlapping or block and thus “passes through” other objects.

For now this is fine, later lectures help you tackle this problem.