Already being done by someone far better than you

Does anyone else feel like this? The project I am doing is around Unreal and when I look at other people doing it I feel “Well what is the point, these guys are far better than me, I will never get like that”.

I suppose I am looking for a bit of advice how to get out of that funk and keep me going. If anyone has ever felt like that, how have you pushed through this?

Any help and tips be greatly appreciated and thanks in advance!

I think I needed that little boost. I definitely like how you are approaching this and I am kicking myself for not thinking of it like this.

Got to get the creative head out for the different viewpoint of this. I think im putting up my own barriers in my head that are stopping me from moving on and its frustrating the life out of me.

I think for some of us gamedevs, and creative people in general, this could be one of the biggest obstacles. I know it used to be a huge boulder that kept falling down on my path time and again.

I don’t know how about you guys, but with me it had a lot to do with perfectionism. Whenever I looked up for inspiration I saw all these masterpieces by known and admired artists, bestselling books by acclaimed authors and massively popular games by some superhumanly-clever gamedevs - and then when I came down to earth and looked at my own project(s) with a critical eye, it was always nowhere near those unimaginable heights. It was flawed, ugly, amateurish, and so far from completion that working on it or even thinking about it just got me disillusioned and disinterested.

I think the major flaw of this way of thinking is this: we want too much too soon. We forget that the people we admire and look up to, in most cases spent years honing their craft, and their experience is vastly bigger than ours and we overlook the fact that even the best pros were complete noobs when they started and they made a lot of beginner’s mistakes along the way.

I think the key is to stop comparing yourself to others. It’s like, you want to be like those marathon runners you see competing on tv but you only started running few months or weeks ago, right? Or even if you had that dream for many years, you didn’t train regularily, did you? (otherwise you wouldn’t be here doing this marathon-like course, heh heh). So you either started doing this not so long ago or have been so far too irregular in your routine (or both!) - and you expect yourself to compete at the olympic level?

Don’t do that! Don’t compare yourself to ‘THOSE GUYS’.

I think to be successful with our projects all of us need to have a sort of tunnel vision.
Be like those working horses (not racing horses!) who keep pulling their loaded carts with blinkers on. We have to do what needs to be done and cannot afford to waste time by looking sideways, whether it’s a frog crossing the road or some spectacular rival horse with a pimped up cart. 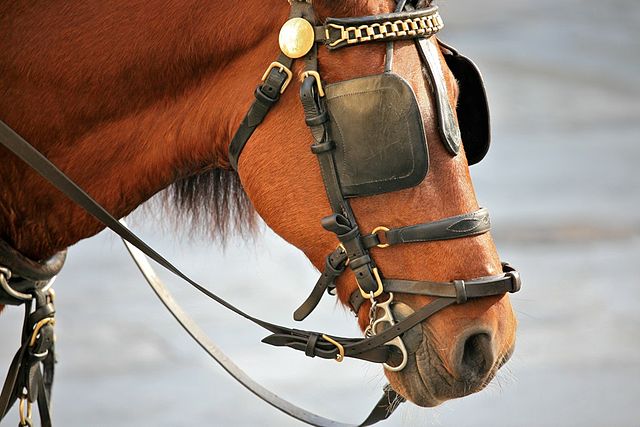 Unglamorous? Yeah, hard work is most often unglamorous. But you’re getting better and stronger after each milestone and get to share your results.

I hope this helps, even if a little bit…
So, keep the wheels turning, my fellow working horses!

I love that response!

I compare myself to people sometimes and I am like “How did they get that far, HOW???!!!”

I think I need to realise it is a marathon and not a sprint. You hit the nail there, I am a bit all over the place and my routine is so irregular I just need to ground myself.

Great post! You said what I was thinking, especially about perfectionism, and the expectations around becoming a “Creative” and having to learn just how much hard work goes into becoming successful, whether it’s game dev, music, writing, video editing, etc. It’s stuff I still struggle with.