Hi, I’m working on the timeline for Argon Assault right now. The default unity scene grid is lower than my terrain so I can’t see it when trying to make a flight path. Is there any way to bring it up or make it visible? 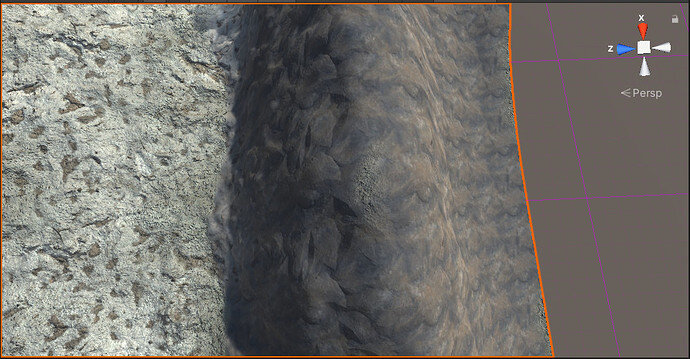 I’m afraid I don’t understand your question and what your screenshot is showing (except for a texture on a terrain). If all yu want to do is to move your terrain up, click on the terrain and increase the y-position value in the Transform component. Not sure if that will solve your problem, though.

To the left of the terrain in the picture above there’s the unity grid. Ideally I’d be able to see that grid over the top of the terrain to have a reference for distance.

I think I unintentionally skipped a step because it looks like Rick’s video has his terrain’s surface at roughly 0 in the y position while mine was at roughly 100. I think I’ll adjust y values to get it close to 0.

I’ll mark as solved. If there’s any way to adjust the grid’s y values instead, I’d be glad to know for future reference.

Unfortunately, I don’t know if it is possible to see the grid shine through. I haven’t found the function yet. Please feel free to ask our helpful community of students over on our Discord chat server.

Could you move the Terrain down further on the y-axis?

Yes, moving the terrain further down seems to be the best way to deal with this so far. I’ll probably want to put it at a height where the grid visible above mountains.