Random thoughts to go back to and add features. I don’t know enough yet about the mechanics of a rail shooter so I’ll let the mechanics drive this somewhat.

All based a distant galaxy far far away… no not that one.

Story Line: EM (Alien races from the past battling factions turned to AI to beat other Aliens. The first AAI (Artificial Alien Intelligence was software copies of BU (Bioligical Units…versions of themselves).

As the technology evolved the EM found that the BU’s needed to be eliminated. (Frankenstein’s Monster killing his creator story). But with Android Aliens riding dragons as for flight twist.

EM’s advantage is that they think faster and compute so much quicker. BU’s advantage is they can uplug an EM as they exist solely as software and rely upon avatars to react with the real world. 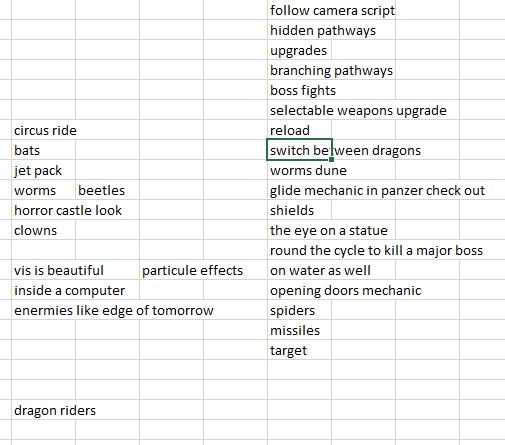 Keep up the amazing work!