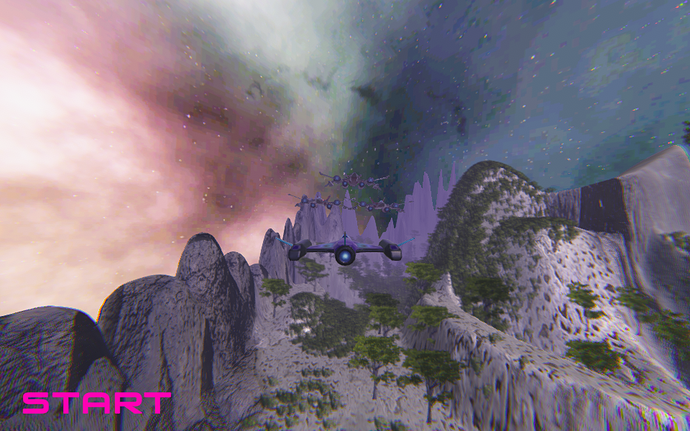 Play Battle For Calcula in your Browser | ShareMyGame

Here’s my finished demo for the space shooter project - it’s not quite 3 minutes but I ran into a few hurdles and decided just to finish it - finished not perfect is kind of my motto for game dev right now!

The main few hurdles I come up with outside of the modules mainly revolved around me trying to create the second level.

I discovered with the ‘Timeline’ function in unity a new timeline needs to be made for each new scene you create - I found this out when I created a level 2 scene, made the animation timeline for the player rig, then found I had erased my initial player rig timeline in the first scene.

It was a similar thing with the terrain - I had to look around a bit to figure out how to make the terrain different for each scene.

While I managed to make a ‘level marker’ for the player to pass through so the next scene would load, the only small issue I’ve just noticed is I haven’t carried over the high score into the new level. I’m sure I’ll learn how to do that eventually.

I did do my own music for it though!

Anyway - on to the next project!

Phenomenon job with the music! How long did it take you to make?

Only an hour or so for the music - just tried to make something quick and loopable.