I let myself go a lot rougher this time - after getting a look at some normal and stylized axes - and generally I feel like it turned out better this time in general. 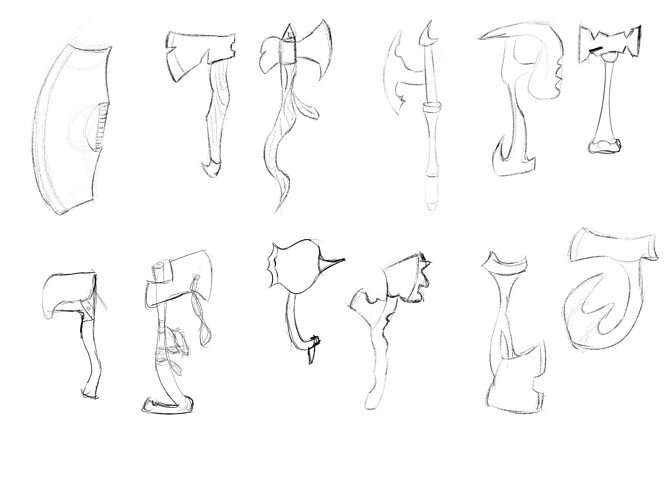 One thing that ends up happening when I’m rougher though, is my lines tend to start out darker if I’m not careful, and it gets a lot more elbow movement in there (feels more like its because its the size of the surface than anything else though) and wrist down in the smaller stuff. (I did shrink and copy and paste the axes - so I was doing about three axes per roughly half-letter sized page.)